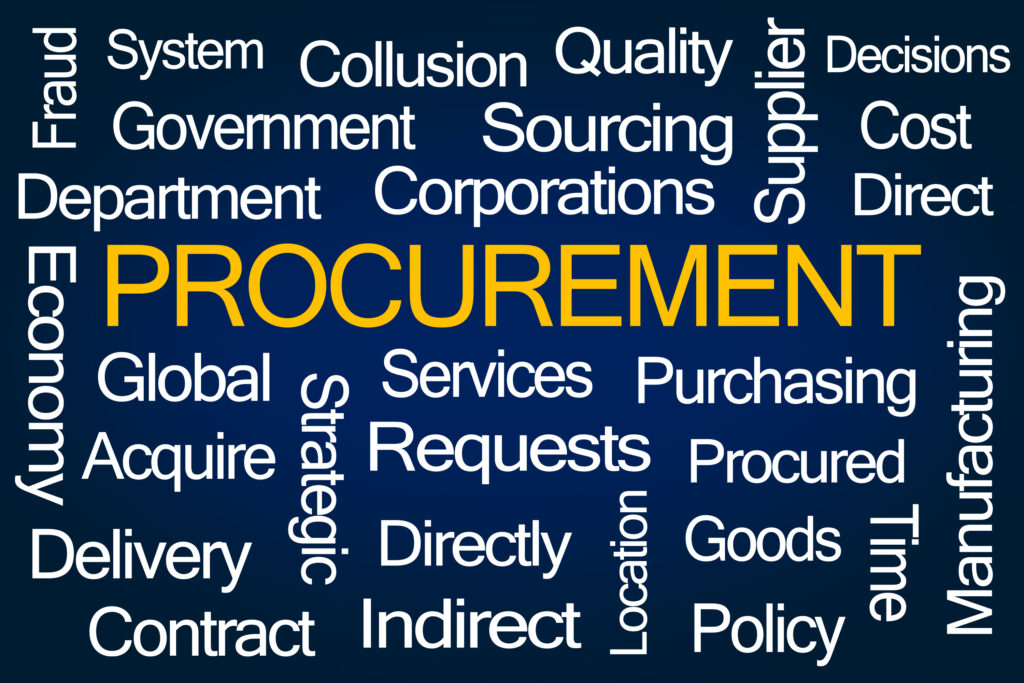 The federal acquisition system is a mechanism for the government to obtain the goods and services needed from the private sector at a fair and reasonable price. Over time, however, the impact of the government’s purchasing power has injected other public policy objectives imposed through the Federal Acquisition Regulation (FAR). Examples of a few of these include many of the set-aside programs, prohibitions on county of origin, prohibitions on forced labor, wage limitations, and incentives for workforce diversity/inclusion. Admirable objectives when properly implemented.

Governmentwide Acquisition Contracts (GWACs) are designed as pre-competed IDIQ contracts leveraging the government’s buying power to lower cost and speed up time to award by standardizing purchasing processes. GWACs work well for products with part and serial numbers, but services are much more complex and harder to standardize/commoditize. Many of the more successful GWACs for services are on their third or fourth iteration and are under evaluation or set for re-competition in the next few years.

GSA Alliant 2, a major technology services GWAC, was recompeted a few years ago, but the small business pool was shot down by the Court of Federal Claims. Thus, the small business track was canceled and became Polaris, GSA’s new small-business-focused GWAC. GSA released the Small Business and Woman-Owned Small Businesses (WOSB) RFPs earlier this year. Proposals for the Service-Disabled Veteran-Owned Small Businesses (SDVOSB) and Historically Underutilized Business Zones (HUBZone) pools were due earlier.

Small business policy changes and related case law is a topic for a separate discussion, but is a clear challenge for the timely re-competition of these GWACs – both in the government releasing a solicitation without frequent amendment and for industry to invest in preparing for the acquisition strategy. Does the company invest in certifications and/or compliance systems? Should a company form a joint venture with another company? Does the current joint venture likely meet what the new GWAC is going to want in past performance?

A glaring example of frequent amendment and subsequent industry whiplash was NIH’s CIO-SP4 GWAC for health IT solutions – approximately twenty amendments from the original final RFP release and proposal re-submission. I wrote extensively about CIO-SP4 the past two years. As of this writing, NIH plans corrective action. NIH relied on self-scoring assessments in a phased down selection process to narrow the field of competitors. Companies that did not meet a certain score were eliminated. The companies that filed protests objected to being eliminated and questioned the score cutoff mark.

Alliant 3 and OASIS+, two of GSA’s flagship contract programs, will be re-competed next year. Like what remained of the earlier Alliant 2, Alliant 3 is an unrestricted contract that provides comprehensive and flexible IT solutions worldwide. The Alliant 3 draft RFP was released on October 19, 2022 and GSA is taking industry feedback until January.

OASIS+ builds on the success of GSA’s OASIS contract for non-IT integrated service requirements including the professional services of the original OASIS as well as HCaTS and other services requirements. The re-competition of OASIS is notable as several professional services MACs saw the similar scope and success of OASIS and decided to not recompete the MACs but moved future work to OASIS. For example, DHS decided to use OASIS instead of re-competing TABSS. In November, GSA released the OASIS+ first draft RFP and plans to release a second draft RFP in the second quarter of fiscal year 2023. GSA is taking industry feedback until January 2023. To GSA’s credit, they have engaged in years of industry engagement in advance of Alliant 3 and OASIS+.

Many of these GWACs continue to use self-scoring methods. Although the self-scoring technique is meant to reduce time and alleviate administrative burdens, it could hinder new entrants into the public marketplace. Thus, some in industry say that this is the beginning of the end of these GWACs becoming a dominant force in the marketplace. Indeed, the Vision Forecast indicates that some contract duplication might be coming back as BPAs and other procurement innovation techniques are tested in “labs” at various civilian agencies. Some small business leaders are rejecting the impact self-scorecard improving tactics may have on the culture of their company that they and their employees have built. These companies have decided that a joint-venture or other complex teaming arrangements to achieve the highest possible self-scorecard are not for them.

Still for many companies doing business with civilian agencies, a prime spot on a GWAC determines the companies’ fate. As such the quest for maximum self-scorecard points leads to companies building strategies to be in “as many winner circles as possible” with the company involved in the writing or submitting of three or more proposals based on their teaming and joint venture relationships. For both government and industry, more proposals exacerbate the administrative burden self-scoring methods intend to alleviate. Yesterday’s solutions appear to have become today’s problems. However, acquisition innovation to meet government’s evolving needs should and must continue. There are often no simple, easy answers in the government contracting marketplace. If a balloon is squeezed, the air is moved, but does not disappear. One must be mindful that today’s solutions could become tomorrow’s problems too.

Growth and opportunity can be found in today’s market, but what are you willing to do to seize it? A 360-degree results-driven, disciplined approach to today’s marketplace is essential to guide the answer to those questions for your business. The future is informed by the past, but not beholden to it. As the character Doc Brown from the movie Back to the Future, Part III said at the end of the series, “Your future is whatever you make it. So make it a good one.”